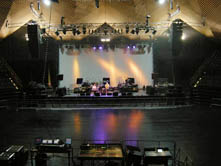 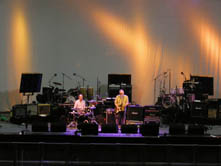 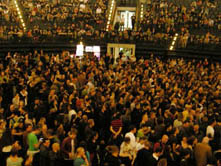 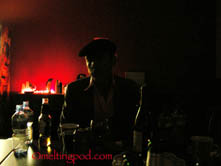 Doc Neeson in that interview part 2 spoke about his life experience after his car accident, his way to recover the energy to jump on stage again, his attitude as a frontman not far away from a chaman… 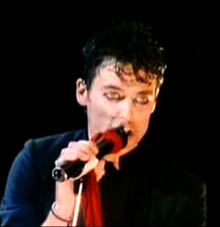 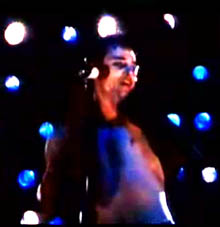 a true pleasure to hear his voice giving all the time a very sincere point of view as a musician and as a human person. I don’t know if my voice is seductive but his voice is terribly addictive…:)
I played a lot of live extracts recorded in 1980 at Paris and in Australia with the Angels’ original members : Chris Bailey, Buzz Bidstrup, Doc Neeson, Rick and John Brewster…at least REUNITED !!

« Marseille » Live at Narara in 1983
(Brent Eccles on the drums; Jim Hilburn at the bass)

At least Doc Neeson gave me an interview for Meltingpod !! He was the last original Angels I was expecting for more than three years now to complete « my family » (thanks to Buzz Bidstrup who made that connection possible !!!).

The news are great : The Angels (aka Angels city) finally fixed their legal problems with names, companies and…reunited for the fans’ pleasure and I can imagine for their own pleasure too !
Doc announced the Angels’ next Australian tour in July 2008, maybe an European tour in 2009, tried to comfort me right now alone at Marseille singing « a capella » a song for me, looking for a way with me to find money with Meltingpod and be able to join quickly the Angels in Australia…an incredible phone meeting placed under the sign « high seduction » but very friendly and warm-hearted too !
We spoke more than 1,5 hour with Doc so I will publish the podcast in two parts. Enjoy the first one !

Just after this nice conversation with Doc I called Buzz just after that during 1,5 hour too !! A happy day for me as you can imagine !!
We obviously spoke about the Angels’ reunion, then about the Bon Scott Concert, the Jimmy Little Foundation…so many news after such a long separation…:) I can just say : stay connected on Meltingpod if you like the Angels !!

A new podcast interview with ED KUEPPER to come back again with Meltingpod and to start this May first day : what’s better with Spring coming ?
Great news : Ed Kuepper and his drummer Jeffrey Wegener are Nick Cave and the Bad Seeds‘ special guests for a fantastic European tour around almost all the capitals, starting for Ed at Oslo May 16th to finish June 9th at…Paris !!!

As always Ed is very precise and sincere to answer to my questions and he develops his « romantic » concept about his live performances…Warning ! you could become addict and book all of his shows !
I played « My best interest at heart », « When I first came to this land » and « Flypaper »…A friend’s advice if you want to know more about Ed, order his both compilations (49 songs exactly each time !!) : « The Magic Mile » (Ed Kuepper) or « Cruel but Fair » (the Laughing Clowns).
Ed sent me unreleased versions from « the Laughing Clowns » and « Eternally yours » to give you an idea of his duo guitar-vocals and drums with Jeffrey…a big pleasure in perspective if you can catch a show near your town :

BTW : I didn’t completly recover ( I still was too bad to see Nick Cave’ show at Marseille April 26h !!) but I hope to be able to meet Ed Kuepper somewhere in Europe…:)
If this website is still alive (my server Free cut my account because of a violent spammers’ attack during my sickness) it’s thanks to some of my friends who answered present and saved my database, updated my WordPress version like Markus from Berlin, the French podcasters like Luc Saint-Elie from Paris (the first French male podcaster who helped me the first French female podcaster to start her blog in 2005 !!) and Alain Thomas from Bordeaux (Palmipode).
Thanks to you three and thanks to all my listeners who regularly (sometimes daily !!) sent me messages of love during these bad last two months : it was very very precious to avoid to give up !!
But working on a computer stays very painful for my neck and arm and I think I will publish just a few podcasts this year with the most important interviews for me or « quick and easy made » with music only…so stay connected !