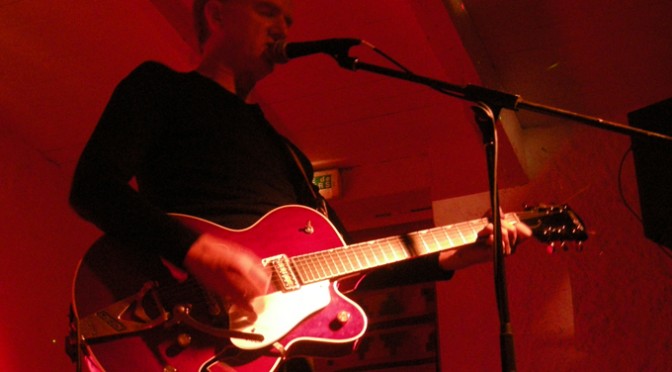 I met Mick Harvey (ex-Birthday Party, ex-Nick Cave and the Bad Seeds, PJ Harvey’s band) a few kilometers from Nimes France October 5th 2012 at the Hacienda during a kind of private party proposed by the Tontons Flingueurs aÂ bunch of friends who are passionated people and music lovers. Thank to everyone for this warmhearted and very beautiful night !! 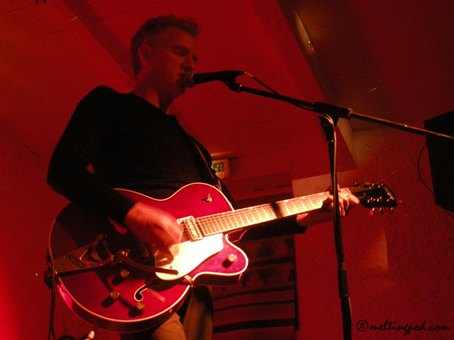 Mick Harvey at the Hacienda in Nimes France Oct 5th 2012

Just after the dinner we went both outside with Mick, sat down at a table under a tree and I recorded our very relaxed conversationÂ about his new solo album (recorded in 2010, released in 2011 and effectively promoted in 2012 after he finished his world tour with PJ Harvey)Â « Sketches from The Book of The Dead« Â and the probable songwriting of his future solo album…A dog invited himself to the talk and added a special note to this very strange night inÂ an old farm lost in the country, far away from everythingÂ …it’s a kind of atmospheric podcast I propose to you this time illustrated by ones of Mick’s beautiful songs : I started with « Bethelridge » (Robbie Fulks) from his covers’ album « One Man’s treasure » (2005), then 3 excerpts of the songs from his new solo album : « The Ballad of Jay Givens, To Each his Own and A Place called Passion » then an excerpt of « The Colour of the Earth » a song he sang in duet with PJ Harvey in her last album « Let Egland Shake » and I finished with one of the new songs « Two Paintings ». 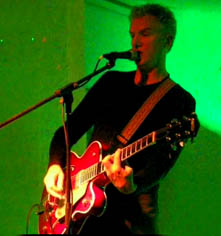 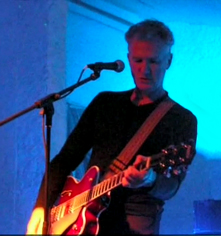 A short videoclip to share with you a bit of that unique experience with a very talentuous and so famous artist playing directly on the floor without his band, just a microphone, a guitar and some recording tapes…How not to feel each other very privileged and and completly charmed…

Happy New Year 2011 to everybody with always more live music, energy and happiness in your life ! 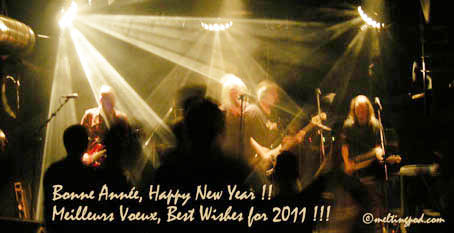 Speaking about live music a lot of tours and new albums are announced by bands or musicians who are among the favorites on Meltingpod :
– in January Chris Bailey from The Saints will share the bill in Australia with the American folk singer Judy Collins from 12th to 25th (Sydney, Port Macquarie, Brisbane, Caloundra, Warragui, Richmond, Hobart, Invernay, Castelmaine) as well as Nick Cave with his band Grinderman from January 17th to February 6th in Australia and New Zealand, mostly for the Big Day Out !
– in March from 18th to 26th Ed Kuepper will tour Melbourne 18/19th, AdelaÃ¯de 20th, Newcastle 24th, Sydney 25th and Kincumber 26th in duo with Mark Dawson his old mate and drummer in The Aints and they will re-visit Ed’s both albums Electrical Storm (1985) and Today Wonder (1990) in their entirety; btw : Ed released a lot of new bootlegs under his own label Prince Melon Records, most of them already are sold out but among the new ones you can still order the volumes NÂ°14 and 15 from his website (cover painting Judi Dransfield Kuepper). 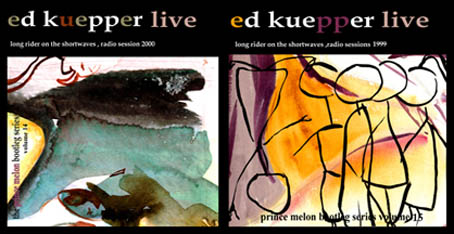 – the first half of this year Mick Harvey will tour the world with PJ Harvey to promote her new album he co-produced : « Let England Shake » released February 14th !! Already 12 shows are scheduled in Europe from February 18th to 28th in Brussels, Berlin, Paris, Londres, May 25/26th in Lisbon, 30/31th in Amsterdam !! During the same period Chris Bailey should tour with Peter Wilkinson (The Saints) and the French musicians Renaud Brustlein and Antoine Pinet from H-Burns to promote the album they recorded together last year under the General Dog’s name !
– closer, in Marseille Conger! Conger! will perform at Le Local January 22th and release their new album at the end of this month or at the beginning of February,
– to end that first list BugGIRL with Amber and Clinno will maybe close their incredibly long world tour with performing again in the USA from January to February !!
PS : The New Christs who are on the photo above could come back again to Europe this year as Rob hoped it…:)
Anyway if you like it, stay connected for the next updates and podcasts !
And as you are nice a second wishes card with the French band LO : ambience in the Meltingpod style !! 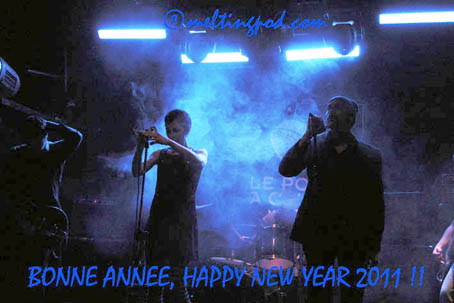 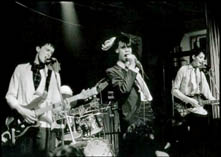 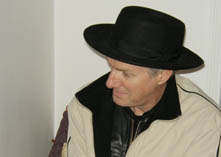 …mentioning a lot of musicians who impressed him a lot at 14 like Lou Reed, The Velvet Underground, David Bowie, Alice Cooper, Iggy Pop and The Stooges…the friends/bands in Australia who had and still have like him with The Birthday Party and The Bad Seeds the same quest to create their own sound : Go-Betweens, Laughing Clowns, Ed Kuepper…with a large and wild walk around the New Wave and the freedom of expression…Hoping you will like it !
I illustrated the interview with many music excerpts from The Birthday Party : Release the Bats, Sonny’s burning, Fears of Gun, Nick Cave and The Bad Seeds : From Her to Eternity, All Tomorrow Parties, The Mercy Seat, Deanna, Midnight Man (live recorded from a video on youtube with Ed Kuepper in 2009), in the background David Bowie and Iggy Pop and The Stooges, at the end Pop Crimes (from Rowland S Howard‘s last album with Mick Harvey on the drums). 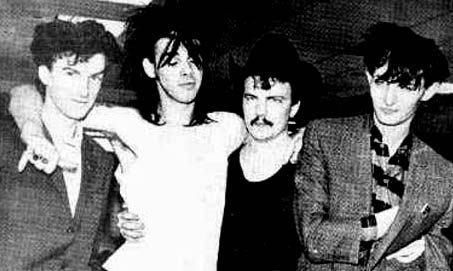 Meltingpod Connections :
Thank to all of you who appreciated these 3 podcasts with Mick Harvey and wrote it on Nick Cave Fixes and on Nick Cave and The Bad Seeds Forum.

In this second part of the interview Mick Harvey explained us some of the strongest reasons he had to leave the band Nick Cave and The Bad Seeds after having formed it with Nick in 1983. It’s always hard to hear the break of such a long time collaboration (35 years with Nick) and I was not prepared to hear it but Mick’s talk is sincere, entire and without compromise : I hope you will appreciate it. 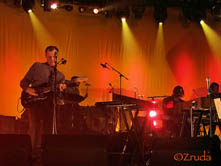 Mick Harvey with The Bad Seeds during their European tour 2008 (Thomas, Conway and Marty in the background; pic Zruda); Mick in Paris before the interview.

I chose just one song from Mick’s band « The Wallbangers » to start and finish the podcast : « The World keeps spinning around » because I didn’t want to interrupt his intense 15 minutes talk.
But Mick will give us a nice present with playing Live at the end of the interview an unreleased version of PJ Harvey‘s song : « Glorius »!!! Thanks again Mick !!

Meltingpod connections :
For info there are some comments posted about that interview by fans of the band on Nick Cave and The Bad Seeds forum.
Oh ! I just found someone who translated part of Mick’s talk in a text and spread my podcasts too, here on a website called Nick Cave fixes »!! with other reactions to the interview. 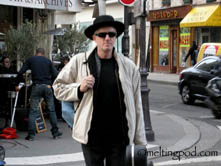 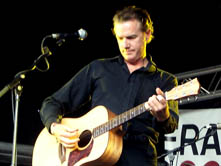 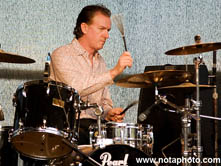 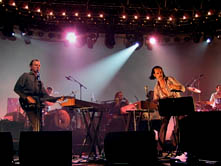