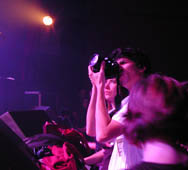 Pirlouiiiit waiting for a pic like a cat a mouse…then ready to shoot !!

A new kind of podcast today, associated to a photos’ exhibition, where Meltingpod and her crazy mix crossed Pirlouiiiit the photographer from LiveIn Marseille-Concertandco through a retrospective from the live shows played in Marseille’s area in 2006.
The idea is to watch a photos’exhibition in a real or virtual gallery listening to the podcasts (music or talk about it) and increase your pleasure !!
The 50 pictures’ exhibition from Pirlouiiiit will start February 7th at Lollipop Music Store-Marseille (until March 3rd); For those of you who don’t live in the town, we will give the link to the virtual gallery from February 8th…keep in touch ! Just to have an idea, look at here :

You will have at least two possibilities : a photocast on MELTINGTALKS where Pirlouiiiit comments with me (in French) these 50 pics ! A cool conversation where we share our passion for pictures and music !
Another one here where I played only music with 12 extracts from the local bands present in this exhibition who gave me the first ones and very quickly their agreements for that (a lot of rockers already known on Meltingpod but you will hear new sounds too) :
OaÃ¯ Star : Le destructeur d’horodateurs – LO : Again
Dupain : United Bras cassÃ©s – The Hatepinks : Fallen in love with a Jpeg File
Strings of Consciousness : In between – Scott Taylor : Sur ma mule (a song from David Lafore 5 TÃªtes)
Ich bin dead : My fiction – D’Aqui Dub : O ma Brunetta !
Cowboys from outerspace : the push in – Cap’tain Carnasse : Pietro
Neurotic Swingers : Wake up your mind-Merakhaazan : Huge Indigo Snails
PS : i’m sorry if some bands on the pics regret not to be in the podcast (25 mn already is long) my door stays opened for a next time if they want ! 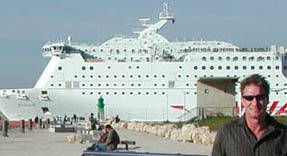 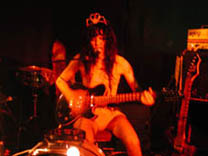 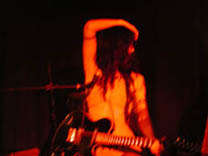 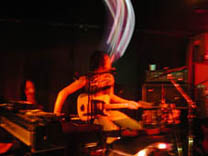 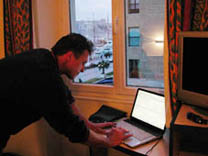 Nice surprise to start the new year : The Angelsband from Australia sent their tour manager Darrel Baird (who was for a few days in the UK) to Marseille to visit me !! I organized for him a meeting with the city hall of Marseille and we contacted some show promoters together to see how it could be possible to bring back concretely the Angels to Europe after 25 years break and for singing at least the song Marseille at Marseille (I played it at the end of this show and I started with Take a long line).
I recorded an interview with Darrel from the first moments of his arrival and during the last night we spent at a punk rock concert at « la machine Ã  coudre » (the Sewing machine). Opening that night organized by Relax and Co : The Venus Fly Trap one girl band from Lyon (center-East of France), then Fredovitch one man band from Bordeaux (South-West of France). In such a wild, crazy and noisy ambience Darrel told me many times how he found that Marseille ROCKS !! And now, How ya goin mate ?

A pic from Venus Fly Trap for my friend Dave !!! click on the others pics to watch Pirlouiiiit-LiveInMarseille’ s short videos !! I love them both a lot !

Venus Fly Trap chose Meltingpod’s pics for her profile on her MYSPACE website and plays my podcast NÂ°1 on her playlist : yeah ! I appreciate !
It gave me the idea to add songs on my MYSPACE/MELTINGPOD : check it !

WARNING : Next collaboration with Pirlouiiiit – LiveInMarseille : I will do the podcast (downloading soon here) for his live photos exhibition at Lollipop Music Store starting February 7th 6:30 pm in Marseille; you could watch 50 of his pics from the musicians who played in Marseille during the whole year 2006 and listen to their music, walking in the gallery with your mp3 player in the pocket and the headphones on the head !! Cool project, no ?

Update 01/24
A great interview on my other podcast MELTINGTALKS (in French) with gay people at the New Cancan, THE gay club in Marseille : funny and serious subjects in an very sexy ambience…standing behind bars with nice boys !!

Bonne AnnÃ©e ! Gutes Neues Jahr ! I wish you to realize a big part of your dreams from NOW !

Meltingpod Connections :
Marseille City Hall opened the New Year 2007 with a enthusiastic review on their website about Meltingpod, THE podcast from Marseille !!! YEAH !
Meltingpod listeners are very active on Meltingpod/Myspace too : check it !