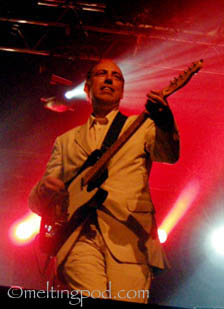 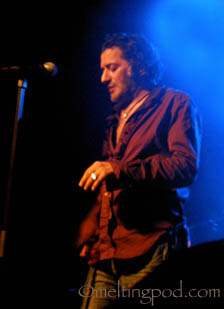 Mick Jones the famous Clash’s guitarist and the French-Algerian musician Rachid Taha rocked together the Casbah in Marseille for Marsatac 2009 !!

Rodolphe Burger and 8 French and Libanese musicians opened that unforgettable night with finalizing very properly and creatively (in despite very few days of rehearsals together) their musical project Mix Up Beyrouth (part 1 with interview in July at the festival de Marseille). The incredible good spirits between this relatively big young band made the alchemy around Rodolphe who was a very discrete but efficient artistic director.

Then it was the time for Rachid Taha to increase progressively the excitation in the crowd with a lot of guests and friends sharing the stage with his band, playing his repertoire but giving a deserved big place to Mick Jones, The Clash’s guitarist who looked like to have had a great great fun with us in Marseille, smiling and laughing the whole night ! As Rachid said : « It’s Christmas tonight…it’s madness !! » 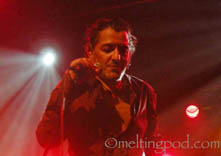 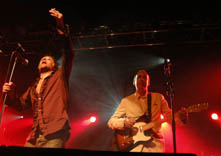 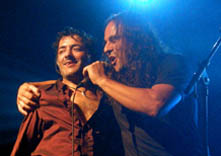 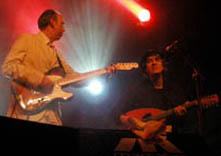 Mick Jones started « Should I stay or Should I go » directly in front of me and it would be a crime not to try to film and capture that song despite my small compact camera’s weak abilities for this kind of act. So here you go :

Then, the wet atmosphere coming from the dancing crowd invaded the stage with a kind of fog which made heroic to take same good pics in front of the lightshow; it was a shame because Rodolphe Burger joined the team on the stage to add some electric guitar’s riffs between Mick Jones and his friend Hakim Hammouche (at the mandoluth in Rachid Taha), but here some family’s pics just for the fun and to see all these smiles on their faces : shared happiness ! Thanks to Marsatac !! 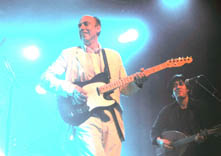 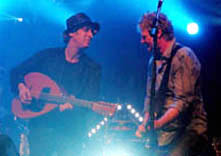 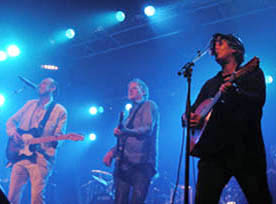 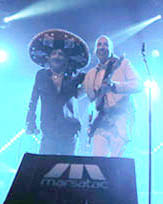 At last to conclude this report and give you as close as possible an idea of the Live ambience, a mix with a few short videos clips : Enjoy !!

I met Texas Terri in Berlin last February and we recorded the interview we missed in Marseille last year in November when she played at la machine Ã  coudre during her European tour 2008 with her band Texas Terri Bomb : Texas Terri (vocals), Beano Skint (bass), Olivier « the Inspector » (guitar), Marina Maniac (drums). 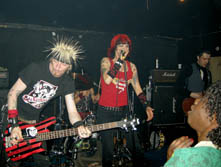 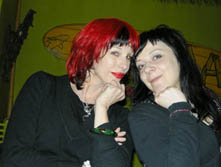 Texas with her band in Marseille; Texas and Coco at Tiki Heart Berlin

This time we had the great pleasure to talk quietly at Tiki Heart a nice bar beside Wild at Heart (my favorite berliner punk rock club) about her long musical carrier who started in Austin (Texas) then in Los Angeles during many years before she decided to live in Berlin. Her talk is like she is : honest, direct, sincere, funny, touching, volcanic without compromise !! 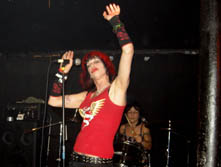 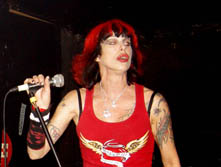 Texas and Marina; Texas « the female Mick Jagger » in action !

I played some songs’ excerpts from her album « Your lips…my ass » : Never Shut Up, Strike, Dirty Action, The Rocker, One Hit Wonder, Oh Yeah! where a lot of famous American musicians participated to the recording : Wayne Kramer (MC5) Sonny Vincent, Marc Diamond (Motochrist), Ryan Roxie (Alice Cooper) Cherrie Currie (Runaways) just to mention some of them + an Iggy Popp’s cover I recorded Live in Marseille : I wanna be your dog ! 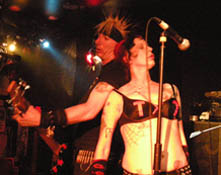 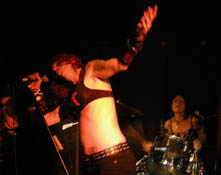 Texas and Beano; Texas and Marina : chicks who rock !!

Meltingpod Connection :
Not better news from Mick Cocks than to see him Live on stage with Angry Anderson and Rose Tattoo in Sydney July 24th 2009 !!!

review about the show HERE. My best thoughts to you Mick !