A Live Interview with Rob Younger (ex Radio Birman) playing in Marseille with The New Christs : what a pleasure for me and I hope for you ! Rob allowed me to record the show and I illustrated the interview with some Live songs’ excerpts among the excited dancing crowd !
We spoke with Rob Younger about their current European tour, their ex-label Citadel where Rob was the producer, Radio Birman, the New Christs’ current line-up, the song writing process, the Saints’s last show at ATP, the girls in Marseille…:) 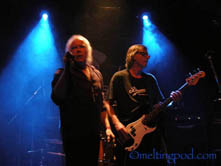 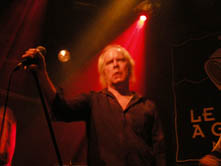 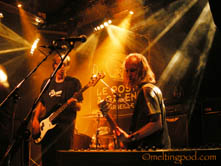 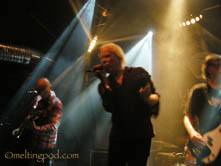 Rob Younger and Jim Dickson (both in Radio Birman before); Rob Younger; Jim and Brent; Dave and Rob 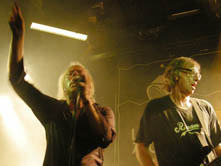 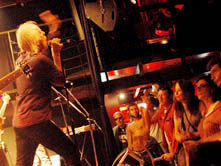 Rob and Jim; Rob fronting a very attentive audience during the quiet parts of the show (last pic from my friend Pirlouiiiit photographer at LiveInMarseille review in French here; I’m somewhere in front of the stage !)

The New Christs are touring Europe right now with a new album « Gloria » : check their site and don’t miss them !!!

BTW : A little back in the history to 77 : Live at Paddington Town Hall where The Saints gave such a good show too, in the same year Rob Younger with…Radio Birman !!!