The Laughing Clowns, Ed Kuepper‘s second band after The Saints, reformed last January at All Tomorrow’s parties festival, after a 25 years long break !! In that interview Ed speaks about this exciting experience to play again with Louise Elliott (saxophone) Jeffrey Wegener (drums) Leslie Millar (upright bass); Alister Spencer joined them at the keyboards. 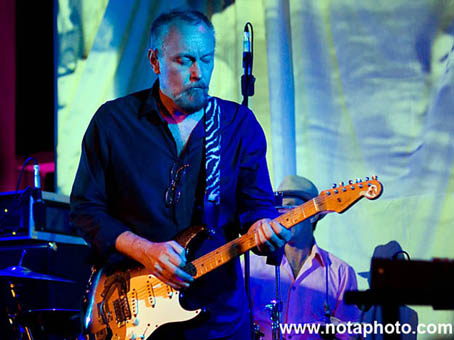 Ed formed that band in Sydney in 1979 and after producing many albums and performing with different line-ups the band spit up in 1984. We spoke about the writing song process and their projects for the future.
I illustrate Ed’s talk with many songs from the compilation « Cruel but Fair » : Diabolic creature, Ghost beat, That’s the way it goes, Stinking to High Heaven, Winter’s way + some surprises like Jeffrey’s and the King of disco’s short appearances !

I close the show with Eternally yours recorded Live at GoMa (Gallery of Modern Art) in Brisbane after the ATP tour last January in Australia : Ed sent me that special file to play it on Meltingpod, Enjoy !! A Live album and a DVD recorded during that whole performance should be released by Prince Melon Records very soon.
If you’re Australian, don’t miss their next shows : in Melbourne May 1st, in Sydney May 2sd and 3rd !!!